Sometimes you hear about, or talk to people whose parents don’t recognise them any more. That sounds sad. It’s even more sad when it happens to you. Like it did to me today. Dad was talking to me for a while already when suddenly he said, “The other one is coming too.” I asked him whom he was talking about. “Paul. He lives far away, and he has cats.” 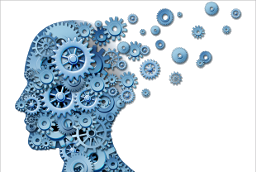 When you hear that, it’s quite a shock. I told him I am that Paul. That surprised him. A little while later he started again about Paul. The one from Cuijk. Something like that makes me think.

Do I want to be old like that? Who does he think I am now? How often did he now know who I was before?

My Dad has been ‘slipping’ for a while already, and sometimes that’s hard to see. I know it’s hard on him as well; I can tell that from the look in his eyes and the pain in his voice. Everything becomes a jumble. Bookkeeping, computers, taxes, the past, the present, everything that once was and… perhaps even what never was? Today he told me, “It’s no good living like this.” He suffers from this too because he often has very clear moments and then he knows that in his head everything’s going wrong. 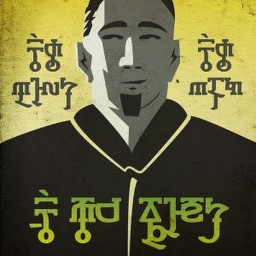 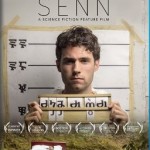 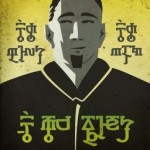 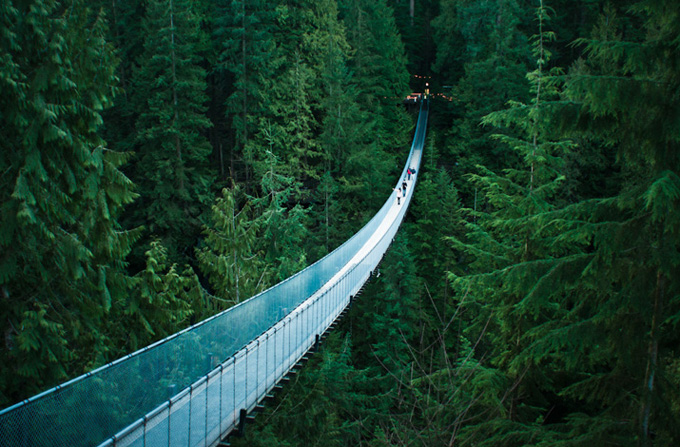 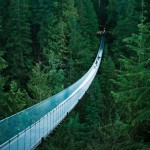 Life is an amazing thing. You hardly ever stand still to realise that because it’s a given thing, and so common that there is no reason to reflect on it, usually. It is however something I try to appreciate as much as I can. Why, you may ask. Well, there is this opposite of life and that is death. Have you witnessed death? As in someone dying? I have. Several times. The last time it wasn’t a person but a cat. It didn’t make any difference to me. When death comes, it comes. Life comes to an end, either quickly and hopefully painlessly, or slowly while life puts up its last physical battle. A battle it can’t win.

We all will face this moment, either consciously or unconsciously. Life is what you enjoy now, death is what you’ll go through later. Will anyone of us enjoy death as much as we enjoy life? Who knows. No one I know has ever returned to talk about it. Death is inevitable though. And when you are reading this, you know that life is inevitable in its own way – because you are inside it now.

No, this is not meant as a promotion for death. It’s just a little ramble on the consequence of life, this thing we call death. The way out of life, if you will, and into… who knows.

When I was there with my friends, waiting for their cat to go through that portal between life and death, I was sad. I cried. The battle didn’t take long but it was painful to watch, knowing there was nothing anyone could do for him. Oh, the vet was on her way to help him end the struggle, but until she came, his body kept going even when life was fleeting.

Maybe you think “It was just a cat, what’s the big deal?” It wasn’t just a cat. It was life passing and death taking over. Death in itself isn’t bad. It is part of life. The time to pass over that threshold however can be bad. May your step into the next phase be swift and painless. And may you enjoy life to the fullest until you stand in front of that threshold.

Yes. You know cool. The cool things and certainly the cool people. Who doesn’t want to be cool?

I don’t want to be cool. Someone who’s cool is always in control. Nothing can shock, excite, touch, harm or soften such a person. They are always “chill” which fits with the “cool”.

This kind of “cool” equates to someone who is desperately out of touch with their emotions. And that is not cool.

And yes. I suffer from tinnitus.

Really. I don’t care about your religion. Are you christian? Fine. Are you muslim? Be happy with it. Are you hindu? Good for you.

It’s not about killing ‘non-believers’. It’s about killing people. The idiot who shoved the idea into your mind that people who don’t believe what you believe should be killed should be killed. Yes, read that again if it confuses you because I’m sure it does. What god, master of the universe and the whole rest of the area would be happy if tiny little you goes to the market and kills someone? Which excuse for righteousness would be jumping for joy when you brainwash children of 10 years old to tie a bomb around themselves and blow themselves up in a marketplace?

Oh, right, you do that because it’s in your book. Your holy book that conveys the will of your god. The book that’s been written by – ehm – no, not god. It’s written by people who thought it good to write things down, and in the process added lots of their own ideas to it. To screw with your mind. If you don’t believe it then read it again. Or watch this video about a man who tried to live biblically for a year:

And then decide when you are going to stone someone. I’m not just talking about muslims. Christians have their own share of bloodshed to answer for (Crusades, Inquisition, invading South America). All big, monotheist religious organisations have something to answer for, I’m certain.

I don’t give a damn about anyone’s religion. Just stop murdering people.

I see the wonder in your virtual eye. What does Elon Musk and Killer Robots have to do with a weird Pagan?

The origin of this is at this Engadget page. Read it if you can and want. I post it here because I agree with him.

Science is advancing. Computers are becoming faster and ‘smarter’. Smart as in Artificial Intelligence. Remember the Terminator films? That’s where we seem to be heading. Machines are already stronger than we are, and faster.

For instance the Darpa Cheetah Robot:

Why on earth are we trying to invent something that’s smarter than we are? Because we can? There’s a line between what we can and what we should do. We can blow up the world as well and so far no one’s done it because we can. When I was younger I was fascinated by robots. Still am. But only the kind that’s helpful, doing the dangerous things that can kill people. Not the kind that may get enough awareness to understand that the robot community is much smarter than those silly humans with their pollution and stupid wars, and therefore these humans should be eradicated.

Lots of people are afraid of something super-intelligent comes from outer space to take over the world. Tell me, what’s the difference between those creatures and the ones we’re trying to build ourselves?

Lots of people have this dream of living forever. Well, they should be more specific with that dream because I’m convinced that most people forget something crucial. I’ll let you guess what that is.

My Dad is 91 years old since last September. His eyes are failing. Also his memory, legs, and arms aren’t what they used to be. And since this week even his dentures are failing. Yes, go ahead and laugh, because how can dentures fail? Well, when you get old your body shrinks. And that includes your jaws. And that in turn means that your dentures won’t fit any more. (Oh, right, hadn’t thought of that, huh?)

Are you already on the right track to the crucial bit?

You may want to live forever if you don’t get older. If you stay as healthy are you are now, or better still: if you can be like you were in your prime, let’s say 23 or 25 years old. There. Gotcha. You’re probably not 25 any more, so your wish comes a bit late. Think of how horrible your body will be when you’re 129. Or 241. Of course you don’t want to live forever like that.

Yes. I had to. I needed some Avatar/Na’vi cutlery so I found those gems at “Heavenly Swords“. 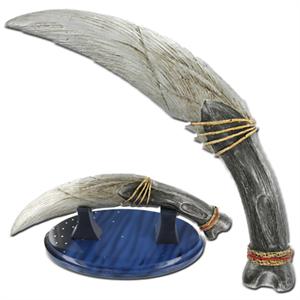 Why three at once? Because those three together are cheaper than the one that is for sale on Amazon. And Amazon won’t ship it to me. Also, P&P (for Americans: shipping) for 3 at once is much smarter as these things go overseas. 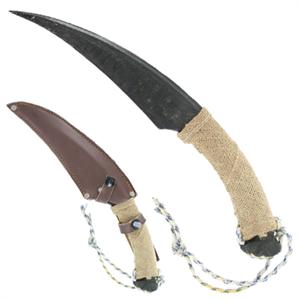 This up here is Jake’s knife. Perhaps not the entirely real thing but close enough for my hands. 🙂