Many people do not want a self driving car. This is of course the human factor where the human wants to be in control of the machine. 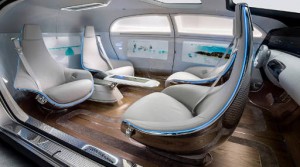 The latest nice thing I heard of is Lane Assist, where the humans don’t have to watch where they’re going in their car. The car will warn them if they get out of their lane. Easy. Leave that to the car. Of course you may hear the argument that this is a useful feature to keep you on the right track when you’re tired. Well, if you’re tired you should not be driving a car in the first place!

And still the humans think they are in control of their car.

Just leave it to the car…