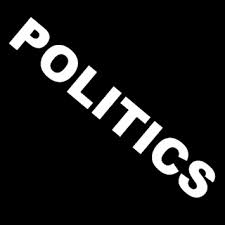 I wonder if politicians are really stupid or if they receive instructions on acting like that once they’re in some kind of seat of power. You may wonder why I ask this. If you do, you should pay attention to what politicians do and say for a change.

Speed.
A while ago here in the Netherlands they allowed people to drive faster on certain motorways. (US: freeways.) My first thought was: ah, they need more money. How is driving faster getting the government more money? Easy. You drive faster, your car uses more fuel, you get more fuel, and fuel is heavily taxed. Simple when you look at it that way. Another kind of more money comes from the confusion that arose: many people didn’t know where to drive 130km/h, 120km/h and so on, as the signs for that were either not in place or unclear. Result: people drive too fast and get tickets. More money for the government.

So how does this make politicians stupid?
More fuel-consumption in cars produces more exhaust, and that affects the air. Measurements have proven that this indeed happens on the stretches of motorway where the speed limit was raised. After reporting that to the politicians in the government, the ruling was: we’re not lowering the speed limit.

This is of course understandable from their point of view: lowering the speed limit again will anger or annoy many people who like to spend a lot of money on fuel drive fast. It will also show that the politicians didn’t think this through, and of course it would affect the inflow of taxes and the benefits of speeding tickets.

The fact that this rule makes the air worse again is of no concern. Until people get sick of that, go to the doctor for it, and in turn that could well raise the fees for health insurance for everyone as the cost of healthcare go up.

I’m not impressed. Actually politicians fail to impress me more and more over the years. (Note that this is not true for all politicians. Just most of them.)