This morning I drove to work as usual. At some point I suddenly saw a blackbird fly off. It carried something in its beak. The something was a plastic bag it had found in a field. Birds should not find plastic bags in fields. Plastic bags are bad news for animals and I loathe people who toss their ‘useless’ plastic bags down wherever they stand. They don’t think. These people have no idea what they do, no respect for life. 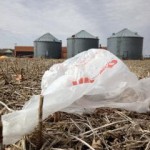 I can only hope that this blackbird used the plastic bag for a nest instead of trying to eat it. The latter would mean certain death  for a beautiful, innocent animal, thrown away by some idiot that doesn’t stop to think.

Is this what modern society turns people into?

More than 10,000 live exotic turtles have been found in the luggage of two passengers at an Indian airport.

The two Indian nationals were arrested at the Netaji Subhas Chandra Bose International airport in Kolkata after customs officials discovered the reptiles packed in their suitcases.

“10,043 numbers of exotic varieties of the turtles have been seized from two passengers, residents of Chennai, who were coming from China to Singapore, and landed at Kolkata airport,” said assistant commissioner of Airport Customs, Nabnit Kumar.

The turtles were in three bags waiting to be picked up from a conveyor belt when they aroused the suspicion of customs officials, The Indian Express reported.

According to the World Wildlife Fund, nearly all species of sea turtle are classified as endangered and many are at risk of extinction due to human activities.

Increasing pollution, drainage of wetlands and commercial development tend to destroy the habitats and nesting sites of turtles.

WWF says that turtles are also endangered because of poaching, being slaughtered for their eggs, meat, skin and shells, and falling prey to over-exploitation.

An investigation has been launched into the attempted smuggling case.

After over 20 years of campaigning, ethical beauty retailer The Body Shop and non-profit organization Cruelty Free International are finally celebrating the end to animal testing for cosmetics in Europe with the anticipated announcement that the import and sale of animal tested cosmetic products and ingredients is to be banned in the EU on March 11, 2013. 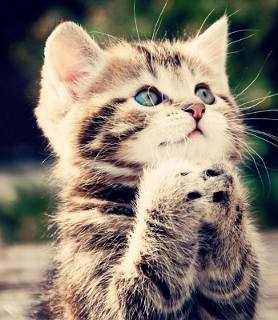 This ground breaking victory means that from 11th March onwards, anyone who wishes to sell new cosmetic products and ingredients in the EU must not test them on animals anywhere in the world. The ban affects all cosmetics including toiletries and beauty products from soap to toothpaste. The Body Shop is one of the few beauty brands who will not be affected by the ban, having always been Against Animal Testing.

The proposed ban sends a strong message worldwide in support of cruelty free beauty and in particular to countries such as China, who still demand animal testing for cosmetics, to also respond and ban testing on animals.

Cruelty Free International Chief Executive, Michelle Thew said: ‘This is truly an historic event and the culmination of over 20 years of campaigning. Now we will apply our determination and vision on a global stage to ensure that the rest of the world follows this lead.’

In 1991, the BUAV (founder of Cruelty Free International) established a European coalition of leading animal protection organizations across Europe (ECEAE) with the objective to end the use of animal testing for cosmetics. This set in motion a high-profile public and political campaign across Europe spanning over 20 years. In 1993, The Body Shop, the first beauty company to take action on animal testing for cosmetics, supported the campaign by enlisting the support of its consumers across Europe. Three years later in 1996, Dame Anita Roddick, founder of The Body Shop, joined members of the ECEAE and MEPs in presenting a petition containing 4 million signatures to the European Commission.