One of my acquaintances/friends on the everpresent Facebook is a pagan writer by the name of Serita Tillson. She’s published her first book about her experiences on the pagan path. It’s called The darkened path (book 1).

I’ve decided to let you all know about this. After all, this is a pagan blog, and if there’s one thing pagans should do, it’s sticking together. So here’s a snip from Serita’s blog about her first book:

I have been rather busy with a different series titled   ” The Darkened Path, Book 1: The Burden” this first book of the series is a partial biographical work of myself, and the first 30 years of my life from the time I was 7 & on up until present day, and is intended to be part of a series where I delve into my own personal demons, and realize I have a few magickally inclined gifts, that just maybe I am not as crazy and unbalanced as my family and peers would like to believe. and finally, finally, come into my own as a Solitary Witch and Divination practicioner, after having gone through several lifetime’s worth of personal tragedies and setbacks. At the bottom of this page, is the cover of my new, about to be published work, I have thus far written about 120 pages and there is at least 50 more or so to complete before I get it published to Amazon Kindle.

To give everyone a sneak peek, here is a copy of the first two pages of the book, it has never been revealed to anyone, and I hope that you all will find this snippet to be a worthy read. There is much more to come, this is my Darkened Path. To all my readers, Blessed Be!

Yes you read that right. “burden” was what I basically was to my family from the time I understood what the word meant and how it was applied to me and the situations surrounding me and my life. These chapters and some parts of the next few books are not going to be nice or sweet. They are gritty, depressing, occasionally heartbreaking and cruel. We will begin the magical part of this story at the time I was about seven years old. This time frame is my first vivid recollection of the idea that things were not normal or right in my life and in that of my fractured, socially unstable family. Some of you that read this book will probably be moved into some very angry and upset moods. For that , I apologize for your emotional upset, however.. the truth is the truth, and there is no avoiding or glossing over the facts.I was younger than seven when my mother, my dad and myself moved into this very old, debilitated, house on clear Creek Road in Newport , Tennessee. I think I was around four or five but when you are that young memories and impressions don’t stick in your mind unless it is a strong event. Before we moved to the house on Clear Creek, we had lived in a huge house in Dandridge, Tennessee. I do not remember much about living in that house and probably just as well I don’t because  Im pretty sure those memories are something I really don’t want to go back and examine in minute detail.  To this day I still struggle with some of those memories, as I’m sure you all will understand why as you keep reading.

I was born, Serita Milena Sprouse, on January 18, 1983, to Jacky D. Sprouse and Rita Faye Suggs. I was a extreme premature birth at 24 weeks gestation, my mother’s placenta ruptured and she was basically having a spontaneous abortion. Back at this time doctors gave very slim chances of survival to babies born like this and I was a extremely lucky case, I was born via C-section weighing a frail 1 pound and 10 ounces and immediately taken to the University of Tennessee where specialists were very shocked and surprised I was even alive, let alone breathing entirely on my own and staring at them all and flailing my pencil thin limbs in a tenacious stubborn fit, my mouth moving in a near soundless cry of what was probably outrage at having my world turned upside down. It was discovered I had no kind of severe birth defects or abnormalities usually found in extreme preemie births and that was even more a shock. My name and story was published in The Newport Plain Talk newspaper on the front page and again updated in April 1983 when I was allowed to go home from the hospital. Even from birth, I struggled and fought my way for survival and acceptance into this world where it was obvious I was so different from everyone and everything else around me and it has been this way for 30 years now.

Let’s jump ahead, fast forward 5 years. I’m 5 years old and we are moving from Dandridge to Newport, To the house on Clear Creek. At this time there is strife and upheaval in my home, my mother is now a single parent, my dad having left us, where he actually went I honestly do not know.. but I do remember the violent arguments and physical abusive fighting he and my mother done in their drunken rages. Once she beat the headlights out of his Jeep truck and he dumped a pan of motor oil on her head, I remember her sitting in the tub trying to wash it off, there was her handprint of oil on the wall for a long time, another time they got into a fist fight and she had a leg off a table trying to beat him off of her and screaming at him. He beat her face repeatedly onto a woodstove and her face was a mess and she hid from everyone for weeks, after that incident he moved out permanently. They were both alcoholics, and my dad’s departure from our lives only worsened my mother’s downward spiral into binge drinking delirium. Weeks would go by where she did nothing but try to drown her sorrow, depression, bitterness and anger in a bottle, not caring what happened around her, not seeing or understanding what she was doing to herself and what little was left of both our lives. She wasn’t like this all the time, but when she picked up her alcohol, she was just in a haze where nothing and no one mattered and the sun wouldn’t rise tomorrow and to her it would have been fine.

If you want to know more about this book and the other ones in the series, hop over to Serita’s blog. 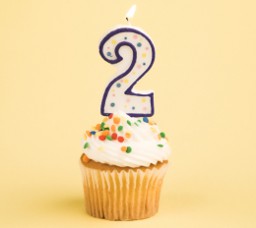 It’s amazing but true. Two years ago I published my first little book, about a wicked witch called Grimhilda. Hilda for friends. When I pressed that “publish” button for the first time, little did I know…

What followed was a small avalanche of books (at least that is how it seems to me). More Hilda books, and people kept downloading them. I brought out a few books in a different genre too, but Hilda apparently is everyone’s darling. Not bad for a wicked witch. I started an author facebook page to have a way to interact with fans of my written heroes and heroines, which was a good idea. I met very nice people!

A very nice and also surprising milestone was the invitation to join the Alexandria Publishing Group, a collective of independent writers who stand for books that are good in every way. Not just the story, but also the grammar, spelling, etcetera. Quality all through the work.

I am grateful to Sharon and Jean, who made Hilda happen, and Arlene for nearly getting on my nerves to publish that first booklet of Hilda. Without them, this all would not have happened. Thank you, Carol, who patiently looks for all the mistakes I hide in the texts, and of course, I am grateful to the fans of Hilda, William, Babs and Lily (and all the others), for downloading and buying my books. Without them, this would never have taken off the way it has!

I have posted a review of the Hunger Games on my writer’s website.

Here on slashdot you can read:

New research suggests that the clear screens and easily read fonts of e-readers makes your brain “lazy.” According to Neuroscience blogger Jonah Lehrer, using electronic books like the Kindle and Sony Reader makes you less likely to remember what you have read because the devices are so easy on the eyes. From the article: “Rather than making things clearer, e-readers and computers prevent us from absorbing information because their crisp screens and fonts tell our subconscious that the words they convey are not important, it is claimed. In contrast, handwriting and fonts that are more challenging to read signal to the brain that the content of the message is important and worth remembering, experts say.”

Personally I think this is nonsense. The people commenting on this article (hit the link for those) agree.