This may sound odd but it probably is truth. I found this headline on “itworld.com“. Being a COBOL programmer myself I wanted to know more of course:

In the early 1980s, I was told that COBOL was going away and that I should quickly move toward other programming languages. Well, thirty years later, COBOL is alive and well and living in large companies everywhere. 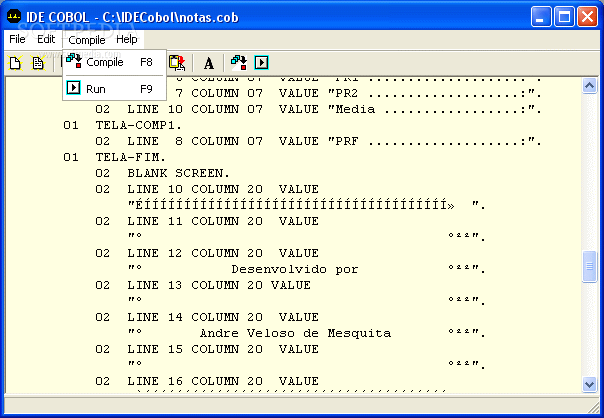 Yes, most of the smaller COBOL programs written in the 1970s, 1980s, and even 1990s have been replaced with newer systems and newer technologies. However, the big mission critical systems written long ago in COBOL and modified and enhanced for the past thirty to forty years are still driving very large, very prestigious companies around the country and around the world. These companies include banks, insurance companies, manufacturing companies, retail chains, health care organizations, and every other type of company you can imagine.

As you may expect, over the years, many of these companies tried to replace these old COBOL systems. Many of these initiatives failed because the systems were (and still are) too big, too complex, too integrated into critical business processes, and working too well to replace.

So, this being a column about IT careers, why am I talking about COBOL, after all, it’s virtually never taught in college level Computer Science programs, it’s not a new hot technology that everyone wants to learn, it’s not even a sexy new technology that helps you deploy software applications onto mobile devices.

The reason that I’m telling you about COBOL is that I predict that over the next few years, new COBOL programmers are going to be in high demand and very possibly paid a premium for their efforts. Generally speaking, the COBOL programming skill set resides in baby boomers that have been programming in COBOL their entire career. The issue is that these baby boomers have begun retiring in enormous numbers. Additionally, new college recruits have neither the skill set nor the interest in replacing them. The problem for companies employing these COBOL programmers is that if the software stops, so does the company.

Please read more, if this interests you, at “itworld.com“.

The Smithsonian‘s National Museum of American History has a new section of their website dedicated to documenting COBOL’s history. An exhibit will open at the museum this spring.”