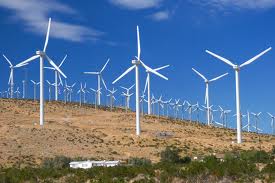 They did not support this with links and sources, but I want to believe them. There’s energy everywhere around us. Let’s use it.