I got a new phone last week. An Asus Zenphone 3. Yes, I stepped off the Samsung train for a change. Samsung has really nice phones but they also have really nice price tags. 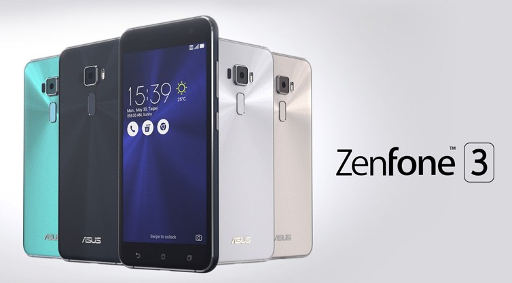 I had my eye on the Zenphone for a while already. Read about it somewhere, liked the specifications and the way it was shown by Asus.

I also read lots of reviews. Many of them told me it’s a great phone and so I waited for it to become available in the Netherlands. I could have ordered one online from somewhere and hope for the best but for such amounts of money I tend to be a bit careful. If something’s wrong with the device and the seller whose name I can’t pronounce lives in a place I’ve never heard of, that’s enough for me to be patient.

Last week was the day I discovered the phone to be available. Again I went out to read the latest reviews. What struck me was that many of them sing and dance about the Zenfone 3 but there is only one common gripe: the bloatware, the odd Zen UI launcher and the many notifications.

Bugger all that. I ordered the phone. I have it here. It’s really nice, fast, and the screen is definitely nice. The resolution is less than that of the Samsung Note 4 I had before but I don’t notice that at all.

On to the bloatware. I have disabled everything I don’t need. That took me several hours because on a new phone there’s a lot of new stuff and it’s not exactly sure what you need and what not. That took care of that.

On the Zen UI launcher. I don’t use it. Since a long time I moved to Smart Launcher 3 and that’s perfect for me. There are lots of launchers available for Android; there has to be something you like if you don’t like Zen-UI. I had a look at Zen-UI and it looks a lot like regular Android to me but I didn’t investigate a lot. If you ignore a phone simply because of the default launcher you’re going to miss out on a lot of good devices.

Finally: the notifications. The Zenfone 3 comes with a nice built-in option to set which app can push notifications and which can’t. People who whine about the notifications should first really get to know the phone. I have no problems with the info on the screen; it shows what I want, when I want. 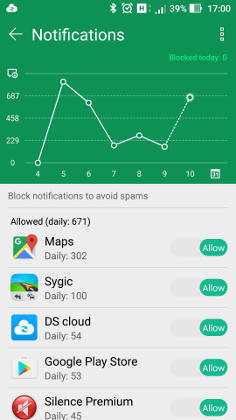 Another nice thing on the Zenfone that no one has mentioned in the reviews I read is the option to prevent specific apps from starting at boot time. That saves boot time and memory. I have the 4GB/64GB version so memory isn’t a big problem but the option’s there and it’s great.

All in all I’m really happy with the phone. I’m not going to list all the specs, you can find that online everywhere, like on the Asus site. Why it’s called a mid-range phone is a riddle to me but my demands on phones aren’t high. I don’t spend hours playing the heaviest games on my phone. I think the Zenfone would do well in that area but I have no inclination to find out because I’m a lost case with games.